It is strange to call the center’s museum beautiful because of the pain that lies within history. However, the SPLC, aesthetically,  is a beautiful museum. On the walls were the names and stories of civil rights martyrs. Some names familiar, some names unknown, so my research/journal notes were full of the following names: Michael McDonald, Paul Guihard, and Reverend Bruce Klunder. 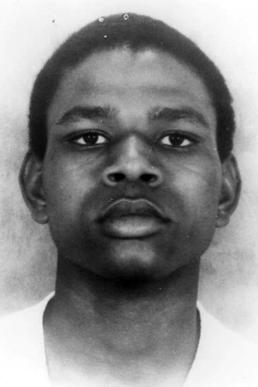 Michael Donald was alone, walking home, when Knowles and Hays spotted him. They pulled over, asked him for directions to a night club, then pointed the gun at him and ordered him to get in. They drove to the next county. When they stopped, Michael begged them not to kill him, then tried to escape. Henry Hays and Knowles chased him, caught him, hit him with a tree limb more than a hundred times, and, when he was no longer moving, wrapped the rope around his neck. Henry Hays shoved his boot in Michael’s face and pulled on the rope. For good measure, they cut his throat.

Around the time Mrs. Donald was having her prescient nightmare, Henry Hays and Knowles returned to the party at Bennie Hays’s house, where they showed off their handiwork, and, looping the rope over a camphor tree, raised Michael’s body just high enough so it would swing.

Someone noted Donald’s murder as the last reported lynching in America which I heavily question… Represented by SPLC, Donald’s mother sued the United Klans of America, an organization also responsible for beating Freedom Riders, the murder of Viola Liuzzo, and the bombing of the 16th Street Baptist Church. SPLC won a $7 million verdict against the organization and the group had to give Donald’s mother their headquarters.

In September 1962, Guihard and his co-worker documented the enrollment of James Meredith at the University of Mississippi as well as the riots surrounding his attendance. As a French journalist, Guihard wrote of the affair, particularly the reaction of white Mississippians, “People are not at all aware of the enormity of their gesture, of its repercussions and of the interest it is creating all over the world.” As the riots turned violent, Guihard was last seen walking towards the large crowd. The next day his body was found by Ole Miss students. He was the only journalist killed during the movement.

On April 7, 1964, Klunder and several others went to the construction site where a bulldozer was preparing ground for a segregated school in Cleveland. Three protesters threw themselves to the ground in front of the bulldozer. Klunder went to the back of the vehicle and laid down on the ground. When the bulldozer operator reversed direction, the machine ran over Klunder, crushing him to death…

Klunder’s wife wrote later that her husband’s death shook whites and blacks out of a sense of complacency about racial injustice. “I pray that by the time the children grow up, their father’s death will have been redeemed, and they will be able to see the effect of what his dying did for the consciences of at least a few people — at least a few,” she wrote.

His death is also a reminder that the civil rights struggle was not a Southern struggle. All of America–the North, Midwest, and West–all had their issues concerning Jim Crow.

Well this serves as part one of Day 5. Read more in the coming days about the group’s visit to the Rosa Parks’ Memorial Museum.

One response to “Day 5: Montgomery (Part I)”