For Evers Part II: For Whom I am Named

Today marks the first day of Black History Month for the year 2013. February 1 also marks the day when in 1960, four students from NC A&T, Ezell A. Blair, Franklin E. McCain, Joseph A. McNeil, and David L. Richmond, sat down at a lunch counter at Woolworth’s in Greensboro, North Carolina. 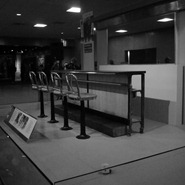 If you remember from the last post, I decided to start off For Evers Series with the genealogy of his wife. Guess you can say I became a little too carried away yesterday and decided to do research instead of homework, but it paid off. Just a warning, this post may be a bit long.

The family tree for Ms. Myrlie, as of right now, looks like this:

Progress has been made.

I actually hit a dead end yesterday and found this video of Ms. Myrlie talking about her family on the Visionary Project.

Her family has such rich history in Mississippi. It was nice to hear her talk about her history of being born into a family of teachers. Both her Grandmother Annie and Aunt Myrlie, for whom she is named after, were teachers. Her grandma actually stopped teacher in order to raise Myrlie. Myrlie late speaks of her mother, who I cannot find any record, who wedded her father when she was 16. Her father was about 26 and a truck driver. Myrlie lived right across the street from her grandma, but it does not surprise me that she is included in her grandmother’s household in the 1940 Federal Census.

In the last blog we stopped at the 1930 Census, where I found Annie living with her two children, Myrlie and James, on Magnolia Street. The most difficult part when researching and your lead person, I guess you would say, is a woman you have to find her maiden name. Annie Beasley was Annie McCain. With this information, you almost have the whole world, or Ancestry’s database, in your hand.

Actually that’s a lie for I could not find Annie McCain or Annie Beasley in a census from 1920. Yet, I did find her children living with their grandparents and great-grandmother on, yes you guess it, Magnolia Street. Time to meet the grandparents—James and Amelia McCain. James was born in 1864 in Mississippi. He worked according to this census as a laborer at a farm. His wife is listed as being also born in 1864 making James and Amelia both 56 in 1920. Martha Hoover also dwells in the household being listed as the mother of the head making her James McCain’s mother, however, I doubt this relationship for if this were his mother I believe they would have shared the same last name. Despite her status as a widow, most women keep their husbands’ surname, however, she is a Hoover and not a Beasley and that bothers me. I think she might be Amelia’s mother. Myrlie and James, the children, are listed under strange names like Misly and Blandike, yet they are listed as grandchildren and live in the same home as shown in later censuses. Even though the names are different the most surprising detail I found on this census deals with the James and James’ (grandson) occupation.

The next census found was from 1910. This household was on Magnolia Street with five occupants, James, Amelia, Annie, Myrlie, and Van Dyke Beasley (James’ middle name? His full name is James Van Dyke).  Actually this census ruins his name as well listing is as Vaudike, which sounds like Van Dyke, so it passes. James was 46 years old while his wife was 45. Their daughter, Annie, was 28 years old and her children Myrlie and James were 6 and 4. In 1910, the races of James, Amelia, and Annie are listed as mulatto with the grandchildren being listed as black. Annie is also listed as single her marital status changes in future censuses along with her last name. James’ occupation is hard to read, but his daughter works as a school teacher.

I have a few more documents to add before I began to close this chapter of the series. Perhaps 2 more post or so, then we move on to Medgar’s ancestry and another activist. Hope you enjoy!

5 responses to “For Evers Part II: For Whom I am Named”