Hilda Clifford Flowers was Harry and Nancy’s last child. Born around 1910, Hilda grew up on her family’s farm in Jacksonville, Florida. Following her parents’ separation, she moved with her father and siblings to Boiling Springs, Pennsylvania. She may have attended Boiling Springs High School like her sister, Rachel.

On the 1910 Federal Census, the census enumerator misnamed Hilda as Clifford Flowers, an infant boy born in 1910.

Now, did you notice Hilda’s middle name? It is Clifford. 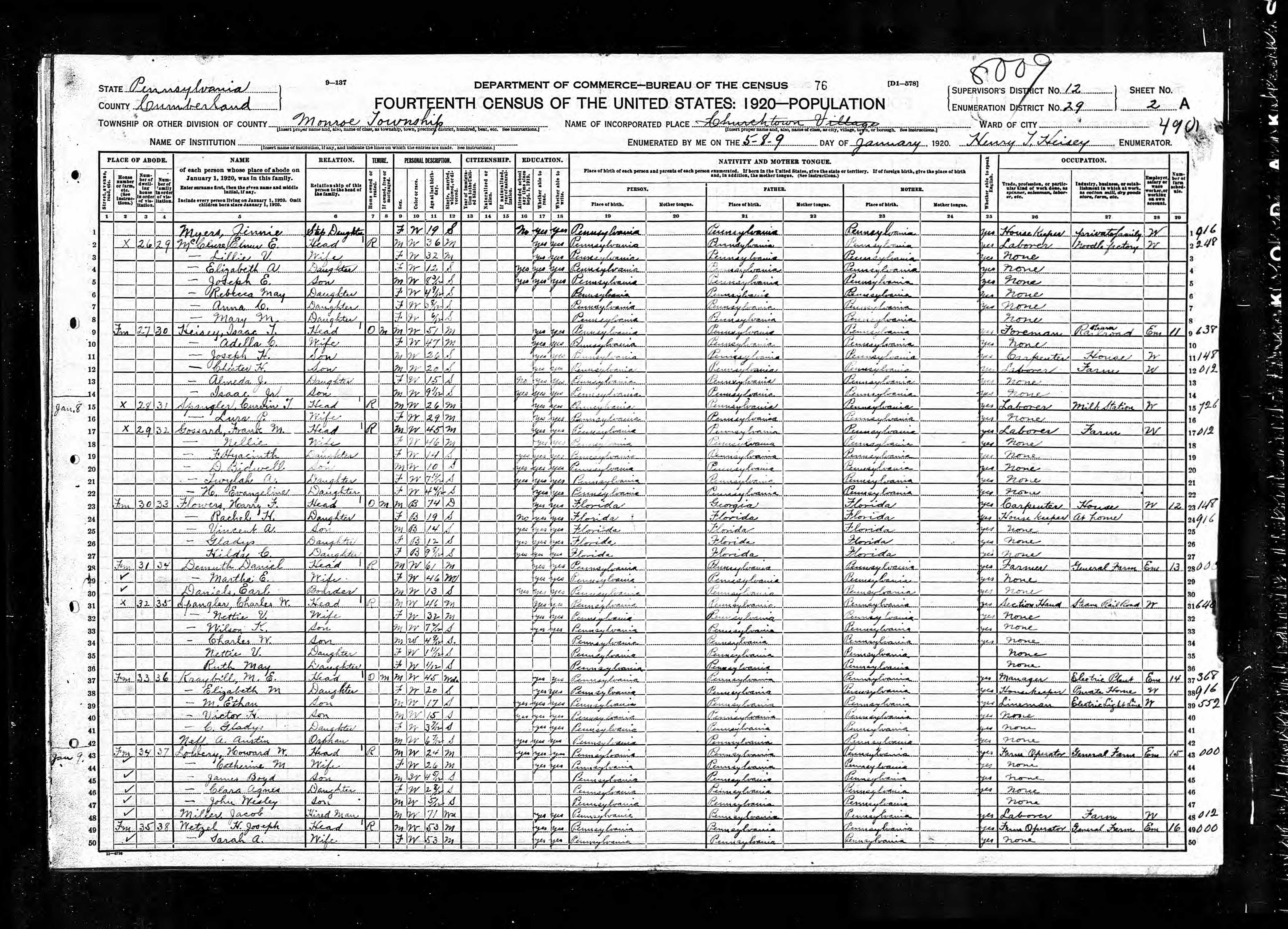 Hilda is listed as being born in 1910, the same year as Clifford. I strongly believe that Hilda and Clifford are the same person.

It is difficult to write about Hilda’s life between the years of 1913 to 1930 due to the lack of historical records; however, newspapers capture a glimpse of her lives. Hilda and her sisters were golf players.  In 1929, they acquired d membership to the Fairview Golf Club at 321 South Hicks Street.

In September 1931, Hilda married Herbert Wilson at the St. Augustine Church in Harrisburg, PA. Her sister, Rachel, was her maid of honor and only a few people attended this wedding. The one line that makes me laugh in this articles is “The bride is one of the most popular of the younger set.” Herbert Wilson, her husband, was a clerk in the postal service and remained a clerk until his death in the mid-1960s.Hilda and her sister Gladys married the same year. Their older sister Rachel hosted a party for the newlyweds.

This last article reported the death of Herbert Wilson in 1962. From the article I learned that Hilda and Herbert were separated and resided at different addresses. Together they had three children, Herbert Jr., Geraldine, and Harry Wilson.